Yachting Concept Ltd benefits will adapt to all your requirements to make you live unforgettable moments.

Saint-Tropez is a coastal town located on the French Riviera, in the Provence-Alpes-Cote d'Azur region in the south-east of France. Long appreciated by artists, the city attracted the international "jet set" in the 1960s, and still seduced by its beaches and nightlife. The paved area of La Ponche bears witness to its past as a fishing village, although yachts are now more numerous than fishing boats in the Old Port.

Located in the town of Ramatuelle, this 27-hectare area remains at the origin of the "Tropézien myth". Its beach establishments have seen for half a century, all the celebrities of Show-Biz.
For sure, the most beautiful landscapes of the Mediterranean coast. Pampelonne, immense beach of several kilometers, succession of small creeks or calanques of all beauty, multiplicity of the same secret.
Located in the municipality of Ramatuelle, the Pampelonne Beach, a 27-hectare area, is at the origin of the "Tropézien myth". Frequented by the jet set, it has become one of the most famous in the world.

- "Tahiti Plage" installed in 1946 using the bamboo decor left by the Studios of La Victorine, after the filming, in 1935, of the film "Chant des îles" by Georges Manae.

- The "Club 55" (created in 1955), which, from a simple canteen installed for the team of the filming of the mythical film "And God created the woman" with Brigitte Bardot, has become a renowned restaurant and an appointment must in Pampelonne.

- "Epi Plage", designed by Jean Castel and Albert Debarge, in 1960, as a seaside echo of the Epi-Club in Saint-Germain-des-Près, the establishment was immediately on the front page of the media because happy holidays attended by the personalities of cinema, fashion, music, politics.

Cannes a must stop with its magical islands Sainte-Marguerite & Saint-Honorat are the cradle of the Côte d'Azur. La Croisette and its palaces with thousand reflections remains the dream stop to discover from the sea. Overlooked by the district of Suquet, the old port still shelters a few fishermen with colored boats contrasting with the festival festivals and the most beautiful signs of the luxury. Cannes became the capital of Yachting in the PACA region.

Antibes is a town and seaside resort located between Cannes and Nice, on the Côte d'Azur. It is known for its old town surrounded by 16th-century ramparts, which house the star-shaped Fort Carré. It overlooks the luxury yachts moored at the marina Vauban. Peninsula wooded and dotted with sumptuous villas, the Cap d'Antibes separates Antibes Juan-les-Pins, chic seaside resort to the vibrant nightlife and hosting the Jazz à Juan music festival.

Monaco is an independent small town-state on the French Mediterranean coast known for its high-end casinos, yacht-filled yachting marina and its prestigious Formula 1 Grand Prix held in the streets of Monaco once a year. Monte Carlo, its main district, is home to elegant Belle Époque casinos and the Salle Garnier, the opera house. It also has many luxury hotels, shops, nightclubs and restaurants.

The services of Yachting Concept Ltd will adapt to all your requirements to make you live memorables moments. 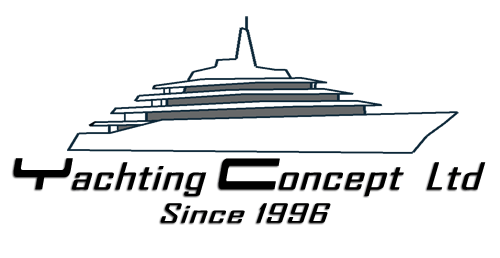